Studying MBBS in the UK is an excellent career option for any international student. Besides the infrastructure and quality of education here makes it one of the safest countries in the world. The accommodation and food are of the highest quality as well, apart from various social schemes for international students.
Here is the list of top Medical colleges that you can study for MBBS in the UK and a few details about them.

About University of Oxford 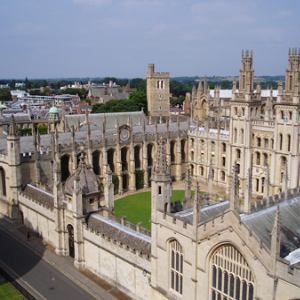 two English ancient universities share many common features and are jointly referred to as Oxbridge.

The university is made up of thirty-nine semi-autonomous constituent colleges, six permanent private halls, and a range of academic departments which are organised into four divisions. All the colleges are self-governing institutions within the university, each controlling its own membership and with its own internal structure and activities. All students are members of a college. It does not have a main campus, and its buildings and facilities are scattered throughout the city centre. Undergraduate teaching at Oxford consists of lectures, small-group tutorials at the colleges and halls, seminars, laboratory work and occasionally further tutorials provided by the central university faculties and departments. Postgraduate teaching is provided predominantly centrally.

Oxford operates the world’s oldest university museum, as well as the largest university press in the world and the largest academic library system nationwide. In the fiscal year ending 31 July 2019, the university had a total income of £2.45 billion, of which £624.8 million was from research grants and contracts.

Oxford has educated a wide range of notable alumni, including 28 prime ministers of the United Kingdom and many heads of state and government around the world. As of October 2020, 72 Nobel Prize laureates, 3 Fields Medalists, and 6 Turing Award winners have studied, worked, or held visiting fellowships at the University of Oxford, while its alumni have won 160 Olympic medals. Oxford is the home of numerous scholarships, including the Rhodes Scholarship, one of the oldest international graduate scholarship programmes.

About University of Cambridge

The University of Cambridge is a collegiate research university in Cambridge, United Kingdom. Founded in 1209 and granted a royal charter by Henry III in 1231, Cambridge is the second-oldest university in the English-speaking world and the world’s fourth-oldest surviving university. The university grew out of an association of scholars who left the University of Oxford after a dispute with the townspeople. The two English ancient universities share many common features and are often jointly referred to as Oxbridge. 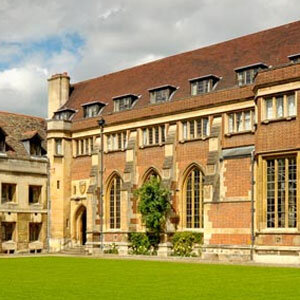 departments, faculties and other institutions organised into six schools. All the colleges are self-governing institutions within the university, each controlling its own membership and with its own internal structure and activities. All students are members of a college. The university does not have a main campus, and its colleges and central facilities are scattered throughout the city. Undergraduate teaching at Cambridge centres on weekly small-group supervisions in the colleges in groups of typically 1–4 students. This intensive method of teaching is widely considered the ‘jewel in the crown’ of an Oxbridge undergraduate education. In addition, lectures, seminars, laboratory work and occasionally further supervisions are provided by the central university faculties and departments. Postgraduate teaching is provided predominantly centrally.

Cambridge University Press & Assessment combines the oldest and second-largest university press in the world with one of the world’s leading examining bodies, which provides assessment to over eight million learners globally every year. The university also operates eight cultural and scientific museums, including the Fitzwilliam Museum, as well as a botanic garden. Cambridge’s libraries, of which there are over 100, hold a total of around 16 million books, around nine million of which are in Cambridge University Library, a legal deposit library. The university is home to, but independent of, the Cambridge Union – the world’s oldest debating society. The university is closely linked to the development of the high-tech business cluster known as ‘Silicon Fen’, the largest technology cluster in Europe. It is the central member of Cambridge University Health Partners, an academic health science centre based around the Cambridge Biomedical Campus.

By endowment size, Cambridge is the wealthiest university in Europe. In the fiscal year ending 31 July 2019, the central university, excluding colleges, had a total income of £2.192 billion, of which £592.4 million was from research grants and contracts. At the end of the same financial year, the central university and colleges together possessed a combined endowment of over £7.1 billion and overall consolidated net assets (excluding ‘immaterial’ historical assets) of over £12.5 billion. A member of numerous associations and part of the ‘golden triangle’ of English universities, Cambridge has educated many notable alumni, including eminent mathematicians, scientists, politicians, lawyers, philosophers, writers and actors. As of October 2020, 121 Nobel laureates, 11 Fields Medalists, 7 Turing Award winners, 47 heads of state, and 14 British prime ministers have been affiliated with Cambridge as students, alumni, faculty or research staff. As of 2016, University alumni had won 194 Olympic medals.

University College London, which operates as UCL, is a major public research university located in London, United Kingdom. UCL is a member institution of the federal University of London, and is the second-largest university in the United Kingdom by total enrolment, after the Open University, and the largest by postgraduate enrolment. 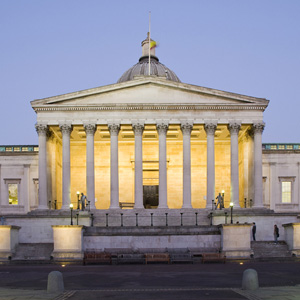 UCL has its main campus in the Bloomsbury area of central London, with a number of institutes and teaching hospitals elsewhere in central London and satellite campuses in Queen Elizabeth Olympic Park in Stratford, east London and in Doha, Qatar. UCL is organised into 11 constituent faculties, within which there are over 100 departments, institutes and research centres. UCL operates several museums and collections in a wide range of fields, including the Petrie Museum of Egyptian Archaeology and the Grant Museum of Zoology and Comparative Anatomy, and administers the annual Orwell Prize in political writing. In 2019/20, UCL had around 43,840 students and 16,400 staff (including around 7,100 academic staff and 840 professors) and had a total income of £1.54 billion, of which £468 million was from research grants and contracts.

UCL is a member of numerous academic organizations, including the Russell Group and the League of European Research Universities, and is part of UCL Partners, the world’s largest academic health science center. It is considered part of the “golden triangle” of research-intensive universities in southeast England. UCL has publishing and commercial activities including UCL Press, UCL Business, and UCL Consultants.

UCL has many notable alumni, including the respective “Fathers of the Nation” of India, Kenya, and Mauritius, the founders of Ghana, modern Japan and Nigeria, the inventor of the telephone, and one of the co-discoverers of the structure of DNA. UCL academics discovered five of the naturally occurring noble gases, discovered hormones, invented the vacuum tube, and made several foundational advances in modern statistics. As of 2020, 34 Nobel Prize winners and three Fields medalists have been affiliated with UCL as alumni, faculty or researchers.

Imperial College London (legally Imperial College of Science, Technology, and Medicine) is a public research university in London. Imperial grew out of Prince Albert’s vision for an area of culture, including the Royal Albert Hall, Victoria and Albert Museum, Natural 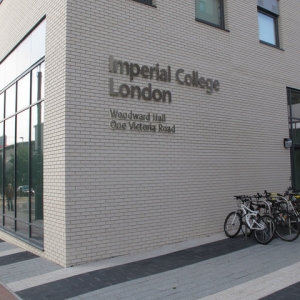 The college focuses exclusively on science, technology, medicine and business. The college’s main campus is located in South Kensington, and it has an innovation campus in White City. The facilities also include a research field station at Silwood Park and teaching hospitals throughout London. The college was a member of the University of London from 1908, becoming independent on its centenary in 2007. Imperial has an international community, with more than 59% of students from outside the UK and 140 countries represented on campus.

{Contant are based from Wikipedia}