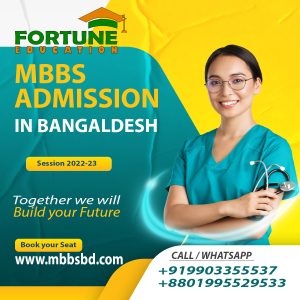 Along with other programs, the Non-cooperation movement urged upon the People of the sub-continent to boycott educational institutions established and administered by the British Govt. and to establish National Schools, Colleges, and Institutes for modern scientific education by the local people themselves. Accordingly, two Medical Schools were established in the Bengal Province to produce National Doctors of modern medicine. One such Medical School was at Calcutta, named Calcutta National Medical Institute, and the other at Dhaka, named Dhaka National Medical Institute.

The application form, prospectus, and other information are available at the office in this Medical College, and the completed application form and relevant documents must be submitted to the office by the candidate or his/her representative in person within the announced date and time.

Document to be attached
The students need to apply in the prescribed form which can be collected from the principal’s office. The completed form, along with the documents is to be submitted on or before the date as declared in the advertisement.

The Institute started its journey of a four-year medical course (LMF) on modern scientific medicine after matriculation.

A general Hospital for clinical teaching for the medical students and medical services to the local people was also established.

In 1958, the 4 years medical course (LMF) was closed by the then Provincial government of East Pakistan to be replaced by a 5-year medical degree course in the future (MBBS). The Dhaka National Medical Institute could not open the 5-year MBBS course due to the non-cooperation of the Pakistan Govt. From 1965 the Dhaka National Medical Institute became limited to a general hospital for the local people.

In 1971, during the Liberation War of Bangladesh, the Dhaka National Medical Institute Hospital was a safe shelter for the Freedom Fighters of the Liberation War. Just after the liberation of Bangladesh in 1972, the hospital’s condition was on the verge of collapse due to financial crisis and absence of any Administrative Body as the previous Governing Body and the Trustee Board of the Institute were almost absent.

Father of the Nation, Bangabandhu Sheikh Mujibur Rahman took initiative by himself to rescue the Dhaka National Medical Institute Hospital and granted a Taka of thirty-five lacs immediately for running the hospital and an Adhoc Governing Body was formed for the Institute hospital under the chairmanship of Mr. M. Sirajul Islam MLA for the smooth administration and development of the hospital. Mr. M. Sirajul Islam took the active initiative to allocate a donation of taka twenty-five lacs from the Bangladesh Assistance Society of India.

A rule was made by the Govt. of Bangladesh for the Dhaka National Medical Institute Hospital (DNMIH) that a Management Board will be formed henceforth for every four years of its proper administration and a yearly financial grant will be allotted for the hospital according to the need assessed by the Ministry of Health & Family Welfare, Govt. of Bangladesh. The initial financial grant for the Hospital was Taka two crore yearly. Now it is Tk. Five Crore. In return, the hospital shall treat 40% of its patients free.

Fortune Education has legal rights to process admission to Medical, Dental colleges and universities all over the world. We offer MBBS, BDS & others Admission, Application, Guidance, Documentation, and required services such as to eligible students regarding medical and higher studies…

Fortune Education invites students to register for MBBS & BDS admission with a special Scholarship for the academic year 2022-23.

From the very beginning, the Management Board of the Dhaka National Medical Institute Hospital proposed and moved for establishing one Medical College with the DNMIH. At last in 1994 under the dynamic leadership of the chairman of the Management Board of the Dhaka National Medical Institute & Hospital Mr. Sadeque Hossan Khoka MP, the long-expected Dhaka National Medical College came into existence. The College was formally inaugurated and the foundation stone was laid by the former Prime Minister on the 15th October 1995. The new Academic Building of the College was inaugurated by the former Mayor of Dhaka City Corporation and former Chairman of the College Mr. Sadek Hossain Khoka MP, on the 25th of November 2006. DNMC is running as per rules and regulations laid down by the University of Dhaka, Bangladesh Medical and Dental Council (BM&DC), and Ministry of Health & Family Welfare, Govt. of the People’s Republic of Bangladesh. Dhaka National Medical College is a non-political and non-profitable organization. Now the college has a new 11 storied academic building with adequate parking facilities.

Graduates of Dhaka National Medical College are eligible for limited registration with the General Medical Council of the United Kingdom. They are also eligible to take the United States Medical Licensing Examinations (USMLE).

The National Medical family is proud of the gradual & steady development during the period of Sheikh Hasina’s Government under the Chairmanship of Advocate Kazi Firoz Rashid, MP.

*  Establishment of a nursing institute is under process.

* Vertical extension of the academic building according to the recognized plan is completed for the Dental Unit of the college.

* Extension of clinical activities by opening the new building.

* Improvement and expansion of Laboratory medicine, Radiology, and Imaging.

* Central AC service is ensured in college buildings as a construction plan.

In the First Batch, 63 Medical Students got admitted to the College in the 1994-95 session. In this session 2019-2020, 130 students have been admitted in the 26th batch. Already a total of 1804 graduate Doctors have been passed from the college and they are working with fame in home and abroad. It is well equipped and provides quality health care to the public at a reasonable cost. The entire hospital staff is dedicated to excellence and service. Now the college has emerged as one of the best Medical Colleges in Bangladesh.

The total Fee for the MBBS course in Dhaka National Medical College is US$ 54,000.00

The Government of Bangladesh sets the rules and procedures for the admission of foreign students to all public and private medical colleges within its territory. Following are the steps that you need to take if you want to get admitted into Dhaka National Medical College (DNMC).

If you have the passport of a country having diplomatic relations with Bangladesh you can apply for admission in an MBBS course (Bachelor of Medicine & Surgery) in one of the public or private Medical Colleges in Bangladesh.

The department trains the students in all branches of Human Anatomy using traditional and innovative methods. All faculty members are provided with computers and the offices have internet connections. The postgraduate qualified faculty are trained in teaching and student evaluation. There are normal and clinically relevant Radiographs for regular small group discussions with students. The well-equipped research facility is utilized for routine Histological and Cytogenetics research.

The facilities meet all the requirements of undergraduate teaching and learning. All the laboratories are air-conditioned and are equipped with audiovisual facilities. The department produces high-quality Histology Microscopic slides, which are commercially supplied to several medical schools within and outside the country. Active body donor programs cater to the requirement of cadavers for efficient training of undergraduate students.

The department houses the cold storage facility where 05 cadavers can be stored at a time. The Museum of Anatomy rated as one of the best in the world is an added attraction.

Anatomy is a branch of medicine that studies the structure and functions of the human body. This branch of medicine specializes in research and practice of histology tissue processing, cadaveric dissection, museum specimen preparation, cytogenetics, and cultivation of tissue cultures.

There is a comfortable room of separate space in the library with multimedia for the teachers and medical officers for the purpose of reading and research activities. Three (3) reading tables and twelve (12) seating chairs are for teachers’ studies in the library. There are two (2) air-conditioned reading rooms besides the library as a part of the library. About 48 students can easily use the reading rooms at a time. It has 3 bag shelves for keeping the students’ bags of about 100 students at a time. Besides the reading room and in front of the library main gate, One room is available for female students’ prayer. Pure drinking water is provided to the students through an automatic purify water machine. There are two (2) toilets for male students and three (3) toilets for female students. Library staff are very knowledgeable, helpful, and dedicated to satisfying the students and teachers through providing the best services to them.

The library has a rich collection of about 6232 text and reference books of original print and publishers with the latest edition. It has forty (40) local Journals and three (3) International Journals for upgrading and enlargement of medical professionals. The college publishes Journals twice a year in March and September, ISSN: 1815-3100 (Print), 2408-86925 (Online). The Journal is recognized by BM & DC.

The college distributes the Journals to different medical colleges and hospitals, BMRC, Center for Medical Education DG Health, BSMMU, National Library, and Documentation Center. The Collection of this library is increasing gradually because the library is a growing organization. It has registered internet access by HINARY to provide services to the readers.

It also includes a Wi-Fi facility (a huge dedicated bandwidth) to facilitate academic activities and research of the students and faculty members. Five (5) computers with internet connection facilities are provided. Students’ activities in the library are monitored and controlled with a modern CC Camera by the Principal through the active cooperation of the ICT Cell of Dhaka National Medical College.

Bangabandhu Corner is going to be established immediately in a suitable room in the library. There is a separate space with multimedia for the teachers and medical officers for the purpose of reading and research activities.

TV facilities are available for boys’ hostels. Arrangements for playing Carrom board in boys hostel.

Arrangements for prayers in the boy’s hostel.

Dhaka is the capital and the largest city of Bangladesh, as well as the largest city in the Bengal region. It is the eighth-largest and the fourth-most densely populous city in the world with, as of 2011, a population of 8.9 million residents within the city limits, and a population of over 21.7 million residents in the Greater Dhaka Area. Dhaka is the economic, political, and cultural center of Bangladesh, and is one of the major cities in South Asia, the largest city in Eastern South Asia and among the Bay of Bengal countries; and one of the largest cities among OIC countries. As part of the Bengal plain, the city is bounded by the Buriganga River, Turag River, Dhaleshwari River, and Shitalakshya River.

The area of Dhaka has been inhabited since the first millennium. The city rose to prominence in the 17th century as a provincial capital and commercial center of the Mughal Empire. Dhaka was the capital of the proto-industrialized Mughal Bengal for 75 years (1608–39 and 1660–1704). As the center of the muslin trade in Bengal, it was one of the most prosperous cities in the world. The medieval city was named Jahangirabad in honor of the Mughal Emperor Jahangir. It hosted the seat of the Mughal Subahdar, Naib Nazims, Dhaka Nawabs, and Dewans. Medieval Dhaka’s glory peaked in the 17th and 18th centuries when it was home to merchants from across Eurasia. It was the center of a flourishing sea trade attracting European traders. The Mughals decorated the city with well-laid gardens, tombs, mosques, palaces, and forts. The city was once called the Venice of the East. Under British rule, the city saw the introduction of electricity, railways, cinemas, Western-style universities and colleges, and a modern water supply. It became an important administrative and educational center in British Raj, as the capital of Eastern Bengal and Assam province after 1905. In 1947, after the end of British rule, the city became the administrative capital of East Pakistan. It was declared as the legislative capital of Pakistan in 1962. In 1971, after the Liberation War, it became the capital of independent Bangladesh.