Harvard University, the oldest institution of higher learning in the United States (founded 1636) and one of the nation’s most prestigious. It is one of the Ivy League schools. The main university campus lies along the Charles River in Cambridge, Massachusetts, a few miles west of downtown Boston. Harvard’s total enrollment is about 23,000.

Harvard’s history began when a college was established at New Towne, which was later renamed Cambridge for the English alma mater of 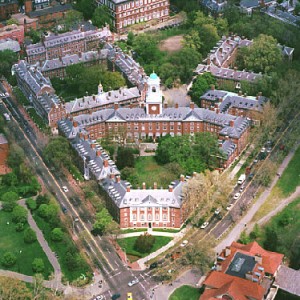 some of the leading colonists. Classes began in the summer of 1638 with one master in a single frame house and a “college yard.” Harvard was named for a Puritan minister, John Harvard, who left the college his books and half of his estate. At its inception, Harvard was under church sponsorship, although it was not formally affiliated with any religious body. During its first two centuries, the college was gradually liberated, first from clerical and later from political control, until in 1865 the university alumni began electing members of the governing board. During his long tenure as Harvard’s president (1869–1909), Charles W. Eliot made Harvard into an institution with national influence.

Stanford University, officially Leland Stanford Junior University, is a private research university in Stanford, California. The campus occupies 8,180 acres, among the largest in the United States, and enrolls over 17,000 students. Stanford is ranked among the best universities in the world by academic publications.

Stanford was founded in 1885 by Leland and Jane Stanford in memory of their only child, Leland Stanford Jr. who had died of typhoid fever at age 15 the previous year. Leland Stanford was a U.S. senator and former governor of California who made his fortune as a railroad tycoon. The school admitted its first students on October 1, 1891, as a coeducational and non-denominational institution. Stanford 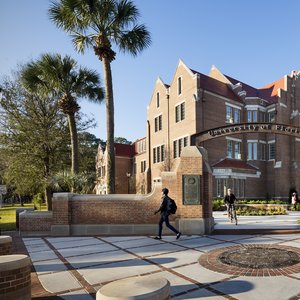 University struggled financially after the death of Leland Stanford in 1893 and again after much of the campus was damaged by the 1906 San Francisco earthquake. Following World War II, Provost Frederick Terman supported faculty and graduates entrepreneurialism to build a self-sufficient local industry in what would later be known as Silicon Valley.

The university is organized around seven schools: three schools consisting of 40 academic departments at the undergraduate level as well as four professional schools that focus on graduate programs in law, medicine, education, and business. All schools are on the same campus. Students compete in 36 varsity sports, and the university is one of two private institutions in the Division I FBS Pac-12 Conference. It has gained 128 NCAA team championships, and Stanford won the NACDA Directors’ Cup for 25 consecutive years, beginning in 1994–1995 and ending in 2018–2019. In addition, as of 2021, Stanford students and alumni have won at least 296 Olympic medals including 150 gold medals.

As of April 2021, 84 Nobel laureates, 29 Turing Award laureates, and eight Fields Medalists have been affiliated with Stanford as students, alumni, faculty, or staff. In addition, Stanford is particularly noted for its entrepreneurship and is one of the most successful universities in attracting funding for start-ups. Stanford alumni have founded numerous companies, which combined produce more than $2.7 trillion in annual revenue and have created 5.4 million jobs as of 2011, roughly equivalent to the 7th largest economy in the world (as of 2020). Stanford is the alma mater of one president of the United States (Herbert Hoover), 74 living billionaires, and 17 astronauts. It is also one of the leading producers of Fulbright Scholars, Marshall Scholars, Rhodes Scholars, and members of the United States Congress.

The Johns Hopkins University (Johns Hopkins, Hopkins, or JHU) is a private research university in Baltimore, Maryland. Founded in 1876, the university was named for its first benefactor, the American entrepreneur and philanthropist Johns Hopkins. 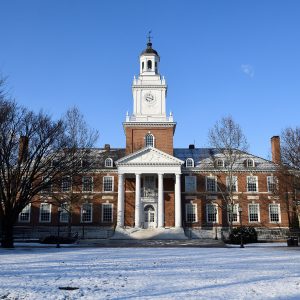 research. In 1900, Johns Hopkins became a founding member of the American Association of Universities. The university has since led all U.S. universities in annual research expenditures.

Johns Hopkins is organized into 10 divisions on campuses in Maryland and Washington, D.C., with international centers in Italy and China. The two undergraduate divisions, the Zanvyl Krieger School of Arts and Sciences and the Whiting School of Engineering, is located on the Homewood campus in Baltimore’s Charles Village neighborhood. The medical school, nursing school, and Bloomberg School of Public Health, and Johns Hopkins Children’s Center are located on the Medical Institutions campus in East Baltimore. The university also consists of the Peabody Institute, Applied Physics Laboratory, Paul H. Nitze School of Advanced International Studies, School of Education, Carey Business School, and various other facilities. The university also has graduate campuses in Italy, China, and Washington, D.C.

As of October 2019, 39 Nobel laureates and one Fields Medalist have been affiliated with Johns Hopkins’ faculty and alumni. Founded in 1883, the Blue Jays men’s lacrosse team has captured 44 national titles and plays in the Big Ten Conference as an affiliate member. The university’s other sports teams compete in Division III of the NCAA as members of the Centennial Conference.

About Massachusetts Institute of Technology (MIT)

Massachusetts Institute of Technology (MIT) is a private land-grant research university in Cambridge, Massachusetts. Established in 1861, MIT has since played a key role in the development of modern technology and science and has been ranked among the top academic institutions in the world. 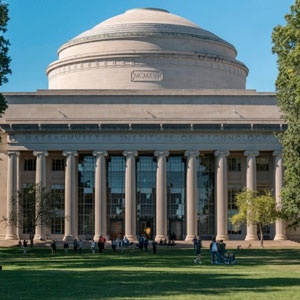 Founded in response to the increasing industrialization of the United States, MIT adopted a European polytechnic university model and stressed laboratory instruction in applied science and engineering. The institute has an urban campus that extends more than a mile (1.6 km) alongside the Charles River and encompasses a number of major off-campus facilities such as the MIT Lincoln Laboratory, the Bates Center, and the Haystack Observatory, as well as affiliated laboratories such as the Broad and Whitehead Institutes.

As of June 2021, 97 Nobel laureates, 26 Turing Award winners, and 8 Fields Medalists have been affiliated with MIT as alumni, faculty members, or researchers. In addition, 58 National Medal of Science recipients, 29 National Medals of Technology and Innovation recipients, 50 MacArthur Fellows, 80 Marshall Scholars, 3 Mitchell Scholars,22 Schwarzman Scholars, 9 Knight-Hennessy Scholars, 41 astronauts, and 16 Chief Scientists of the U.S. Air The force has been affiliated with MIT. The university also has a strong entrepreneurial culture and MIT alumni have founded or co-founded many notable companies. MIT is a member of the Association of American Universities (AAU).